My wife and I have been to Islay twice since 2016, but I spectacularly failed to post anything with the blog being on the back burner for much of that time. However, with another week on the island booked, I decided to keep a diary this time, detailing the whisky, the places we visited and the people we met.

A beautiful late summer morning in Glasgow - cool but the sun was out and the streets were quiet. A last minute check to make sure we hadn’t forgotten anything, and we began packing the car for the drive to Kennacraig to catch the ferry to Islay.

It’s at this moment I realised that the two of us have accumulated a ridiculous amount of food that would easily see a family of four (and their friends) safely through a zombie apocalypse for a good four months. None of the provisions were healthy, mind you, and consisted mainly of crisps, snacks, alcohol and cheese. Such an amount of cheese that we could have started our own shop.

The journey to Kennacraig took almost three hours - longer than normal, but we had a few delays on the way. We stopped for a coffee break at Inveraray and having been stung with tourist prices at a cafe the year before, we had sensibly packed our own lunch this time. After a quick stop, we were on our way, but soon found ourselves stuck behind a German camper van that seemed content to slowly trundle through the Scottish landscape for miles, completely oblivious to the ever-growing line of vehicles queued up behind.

We also waited at the Crinan Canal sea lock at Ardrishaig and watched as two large boats went about their Saturday lunchtime business.

Arriving at Kennacraig, we boarded Cal Mac's Finlaggan for the trip across the waves. Before long I had settled down at the window with my now traditional double Caol Ila 12 and watched the mainland slip away.

A few hours later, we arrived at Port Askaig and made our way through Bowmore to the outskirts of Port Ellen, took a right around the maltings, drove past the old distillery building (no work has begun here yet for the much-publicised re-opening), and around to The Oa to where out holiday cottage awaited. 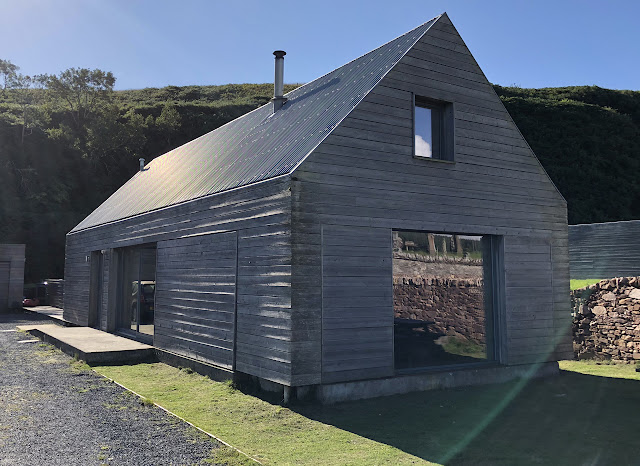 On our last two trips to Islay, we stayed at the Storm Pods at Lagavulin Bay. These are comfy and have the added bonus of being a five-minute walk from the distillery, with both Ardbeg and Laphroaig close by.

We fancied a change of scenery this time, though, and booked our Islay Beach Cottage instead. This is a stand-alone house and boasts spectacular views of the bay from its massive windows - from the Carraig Fhada lighthouse right round to Port Ellen itself. The smoke from the maltings gently drifting across the sky is a constant reminder that you are at the centre of the whisky universe.

It was a beautiful day on the island so a walk along the beach was in order in the late afternoon, where we said hello to two horses and riders who were off on a gentle canter across the sand and a quick splash in the shallows.

Dinner - an industrial sized batch of chilli which I whipped up the week before - was followed by several glasses of red wine, snacks and a few drams. I had brought with me a bunch of samples from my Dram Team subscription, along with various other treats.

While you’ll never be short of whisky when on Islay, you can never have too much, right? 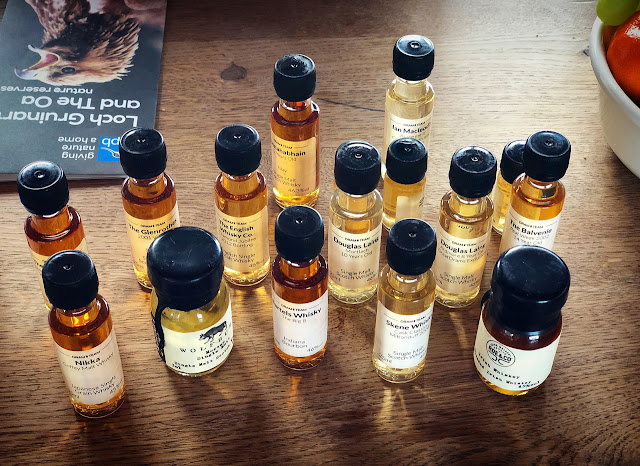 I started with a Roe & Coe blended Irish whiskey bottled at 45%. Packed with vanilla and honey notes, this was a good one to kick things off with.

Next up was a Cask Classics Miltonduff 2008 from Skene Whisky at 46%. Enjoyed this - malty and gristy and very approachable. The third dram of the evening was a Glenrothes 2001 Vintage at 43% packed with sherry character. Not overly complex but enjoyable.

At this point, I noticed the moon rising over the bay - larger than normal with an orangey, pink hue. Absolutely stunning, so I dashed outside into the dusk to attempt to capture this natural wonder on my phone camera. The results were, shall we say, disappointing, but trust me, what a sight it was as it cast its reflection on the calm waters of the bay.

Before bed, I poured a small glass of Ardbeg 10 from my hipflask. An always reliable dram and for me, the best Ardbeg from their core range.

Rain is forecast for the rest of the week, but it's always to be expected in this part of the world. 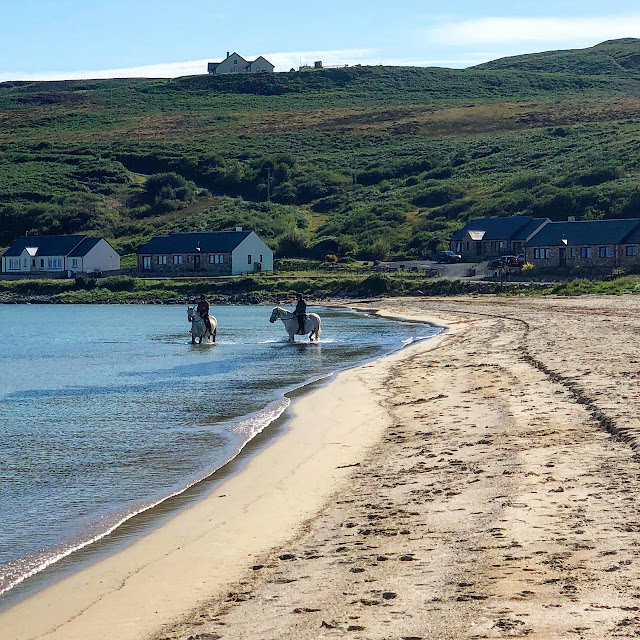 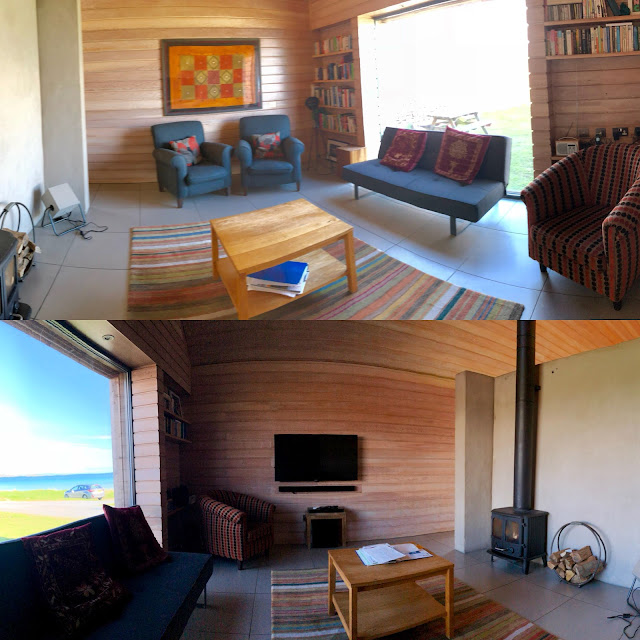