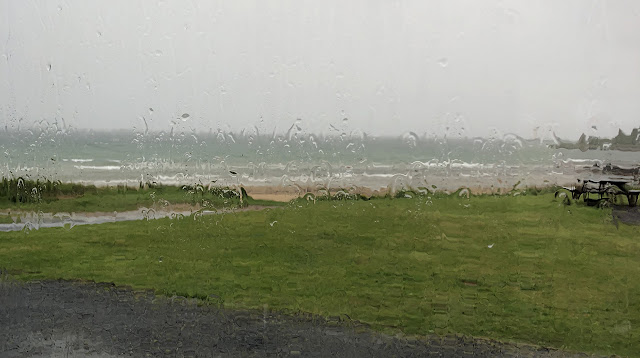 Awoke to the sound of rain being driven against the cottage’s massive windows and a quick look outside confirmed that a stormy Sunday was brewing. The cottage is situated right beside the beach, and the waves were crashing on the shore while an anchored ferry close to Port Ellen was twisting on the waves.

After a lazy morning reading, it was off in the car for lunch at the Bridgend Hotel which is a short drive from Bowmore. We attended a Douglas Laing whisky and food pairing there last year during the Feis Ile and returned later that week for lunch as we had had such a great time.

The food is excellent and the staff are welcoming and friendly, so we didn’t have to think twice about making the journey for some grub. Two massive, home-cooked steak pies were ordered (sadly, not both for me) and I washed mine down with a pint of Finlaggan from Islay Ales.

After booking a dinner reservation for Thursday night, we were off to Bowmore to pick up some essentials - which, surprisingly, included two bottles of single malt!

Bowmore is home to The Islay Whisky Shop, which takes up half of the local Spar grocery store on Shore Street, making it the most convenient place in the world to pick up a paper, chewing gum, chocolate and an expensive bottle of whisky at the same time.

There’s a great selection of whiskies on display - including many hard to find Islay malts. I grabbed this year’s cask strength 10 year old Laphroaig (and I might pick up another one when we visit the distillery later in the week) and a bottle of the newly released Longrow 14 Sherry Cask.

I tried to pick up this Campbeltown malt when it launched last week, but, as with most things produced at Springbank these days, unless you’re fast, you’ll end up disappointed. It was sold out everywhere, so when I saw a single bottle on the shelves, I grabbed it.

With supplies secured, it was back to the cottage where we set about lighting the wood burning stove to keep the chills away. A roaring fire kept the place warm and we relaxed for the rest of the day with the Sunday papers and more of the endless supply of cheese, while gazing out the rain-drenched windows.

I also now sport a wee scar on my right-hand knuckle which was the result of a careless attempt to throw an extra log into the flames. It's not quite the same shape as Islay, but it's not far off.

Tonight’s drams, accompanied by a copious amount of crisps, chocolate and nuts, were a Nikka Coffey Malt and a Douglas Laing 10 year old Mortlach.

Tomorrow, it's time to visit some distilleries! 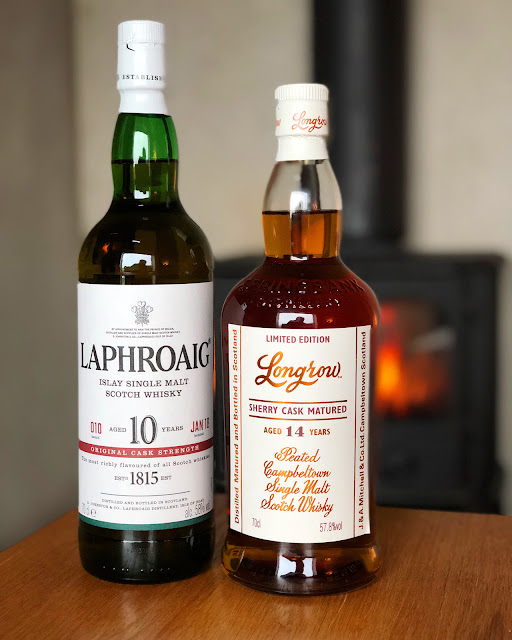 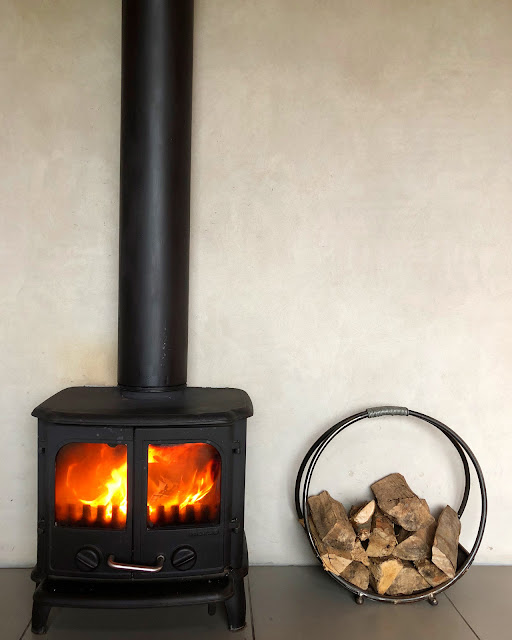