The day started well, with a healthy breakfast, fresh coffee and walk in the rain to take a look at the Carraig Fhada lighthouse. However, returning to the house we discovered we had a massive rusty nail stuck in one of the back wheels of the car.

This resulted in a change to the spare from the boot and enquiries into a replacement. Luckily, there's a place on the road to Bruichladdich, so we dropped the tyre off and, seeing as we were close to the distillery, we thought it would be rude to pass up a visit.

My last two trips to Bruichladdich have ended in disappointment - they were closed both times. But this time the car park was busy and the shop was bustling. I was tempted by the straight-from-the cask offering, but it was finished/matured in Madeira casks, so I passed as experience has told me that anything that sweet is just not for me. Instead, I bought the 2006 Bere Barley Kynagarry Farm and a 20cl of the Bruichladdich Rocks as I’ve never tried it before.

It was then off around the corner of the island for a pleasant walk around Port Charlotte, but it was lunchtime, and thoughts quickly turned to the home baking and food at the Kilchoman distillery.

Kilchoman lies four miles down a single track road, but today, just two miles from the distillery, that road was closed due to maintenance work. That meant a lengthy detour around Loch Gorm which, although a pain, meant we got to take in amazing views of the landscape, including the loch itself and Saligo Bay, where waves were crashing spectacularly against the shoreline.

By the time we arrived at the distillery, we were cold and in need of some grub. This is my third visit to Kilchoman and the cakes and food always make this an essential journey. Slices of carrot cake and Victoria Sponge were ordered, along with two bowls of steaming Cullen Skink. This stuff is incredible and some of the best I’ve ever tasted. Thick, creamy and full of massive chunks of seafood, this hit the spot. 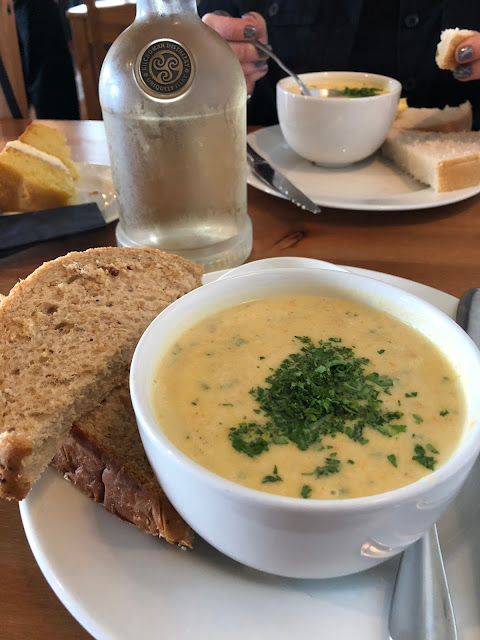 While the food is of a high standard, the whisky is equally so. Every visit, I’ve picked up a bottle or two to take home. Last year I grabbed the Feis Ile offering (a cheeky cask strength 100% Islay from a bourbon and sherry cask and limited to 877 bottles) and a distillery shop exclusive 100% Islay Cask Vatting from two bourbon barrels and poured into the bottle at a robust 56.8%.

Today, the well-stocked shop was selling an exclusive single cask 12 year old at 55.3%, bottled just last week and limited to 207 bottles. It was distilled in 2006 - a year after the distillery opened - making this the oldest Kilchoman I’ve ever seen. I ordered a wee dram just to try it and can confirm it’s excellent stuff. Aged in a bourbon cask, it’s sweet and peppery, with some lovely peat balancing things out. And yes, I did buy a bottle!

On the way back, we stopped off at Bowmore for a wander around. I took some snaps of the distillery and returned to The Islay Whisky Shop, just for another look... honest.

10 minutes later, I emerged clutching a private cask bottling of an 11 year old Bruichladdich at 57%.

It’s named “Carol-Ann’s Single Cask Uisge Breagha” and I asked the welcoming staff at the shop for more information about this unusual bottle. 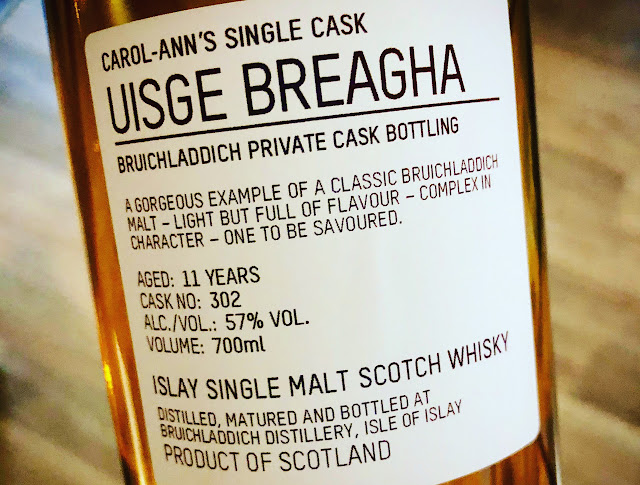 I was told that Carol-Ann was a well-liked and much respected Bowmore resident, who sadly died after taking ill following her 57th birthday. That’s why it’s bottled at that particular ABV. Carol-Ann’s husband is a farmer who supplies Bruichladdich with grain and her barrel at the distillery is named in her honour.

The staff told me that it was bottled two weeks short of being a 12 year old and the notes of the whisky on the bottle also describe Carol-Ann: “Light but full of flavour - complex in character.” I told them I would share this bottle with close friends, and they asked me to smile when we drink it, as that’s what she would have done. It’s obviously a sad story, but what a great way to celebrate a life.

With three full bottles of newly purchased whisky (including that wee 20cl sample) to add to the two I bought on Sunday, this was already turning into an expensive week away - and there’s still trips to Laphroaig and Lagavulin to negotiate!

Tonight’s drams were the Ardbeg 10, a Signatory Clynelish 10 year old and Ian Macleod’s “As We Get It” cask strength Islay single malt, bottled at a whopping 61.3%. This tasted to me like young Caol Ila and was pretty decent stuff. 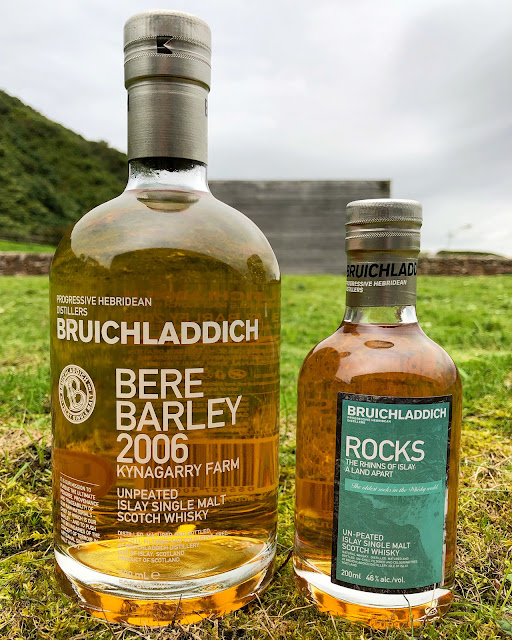 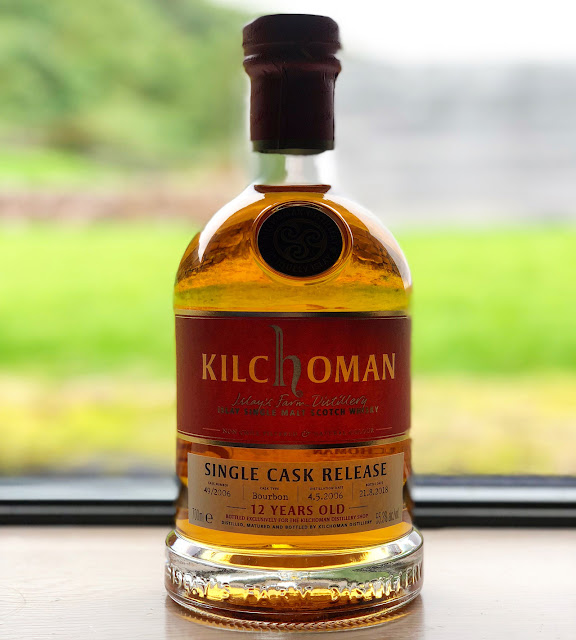