Our last full day on Islay, so it was time to scoot around a few places we had yet to visit on this trip.

While independent bottler Hunter Laing’s Ardnahoe distillery - which is situated on the road to Bunnahabhain - is still coming together, they've opened a visitor centre for whisky nuts like myself to learn a bit more about their future plans.

The centre isn’t on the distillery site and can currently be found not far from the Bridgend Hotel at Islay House Square. It’s right beside Islay Ales and a couple of galleries, although once Ardnahoe is up and running, the centre and shop will likely relocate to the distillery itself.

It’s well worth a visit if you’re on Islay as not only will the friendly and knowledgeable staff tell you everything you need to know about Ardnahoe, but they stock a great selection of drams from the Hunter Laing range.

And it’s not just limited to whisky, the company’s Kill Devil rums are also for sale, while you can also purchase merchandise and enjoy a tasting session while you’re there.

After seven days on Islay, the last thing I needed was another bottle of whisky, but after trying a 12 year old Laphroaig, which was bottled specifically for the Ardnahoe distillery to celebrate the 2018 Feis Ile, I just had to buy it.

It's a single cask release and was distilled in March 2006 and bottled at 50% in April 2018. It's one of 696 bottles from a refill sherry butt and it's rich, peaty and very enjoyable. I have no willpower when it comes to whisky, as you might have guessed if you've been reading this week's diary. But, in fairness, I had kept to my promise not to buy whisky that I could easily get back on the mainland. 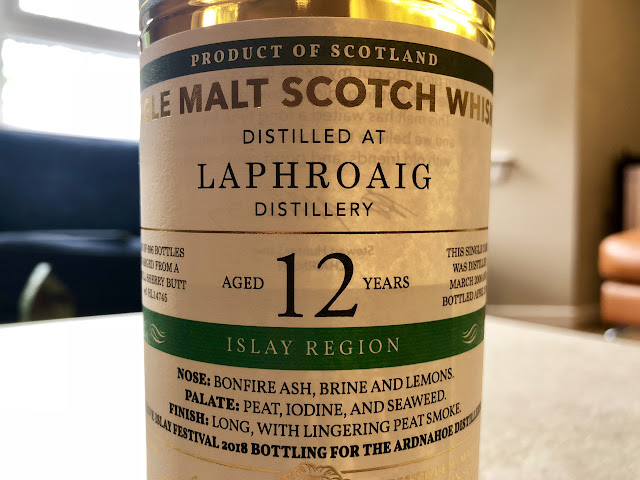 That was followed by coffee and cake at the Elizabeth Sykes Gallery just across the square, where we also bought a small print titled Octomore Forest In Winter. Lots of great prints and artwork for sale, but this one really caught my eye.

We were waiting for a new car tyre after our escapades earlier in the week, which would be fitted later in the afternoon, so we thought we’d stick around this part of the island for the rest of the day.

The next stop was the Islay Woollen Mill, which is run by Gordon and Sheila Covell. Gordon showed us around the mill, which has provided fabrics for celebrities and the film industry. I left with a brand new bunnet, which should stand me in good stead for the colder months.

Lunch today was at Peatzeria in Bowmore, where we ordered a spicy meatball and jalapeño pizza and one with goat’s cheese and black pudding - and a side of peat smoked fries. Lovely they were, too. We were here last year shortly after it opened, and it was good to see it had expanded, offering amazing views over Loch Indaal.

We then had a dash to Islay Airport for the tyre change - a long story that I won't bore you with - and it was back to the house for a quiet night which involved packing up all our stuff, including carefully stashing the multitude of bottles I had bought, as the ferry back to the mainland was leaving early in the morning.

It's been yet another amazing week on Islay and as always, we're sad to be heading home after a relaxing few days away. This holiday wasn't really supposed to be about the whisky after last year's Feis Ile shenanigans – but it's hard not to be drawn back to the island's distilleries when you're here.

We'll be back again next year – and might take a look once again at the Storm Pods at Lagavulin, as we noticed that they'd added a wee house at the bay along with a pod that floats in the water, looking across the water to the distillery. We'll see.

I hope you've enjoyed this diary and that it might even have given you a few places to visit if you're planning a trip across to Islay in the future.

Thanks for reading. Slainte mhath! 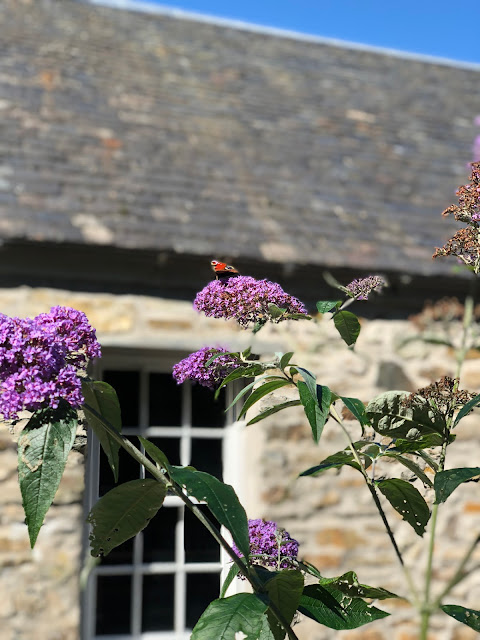 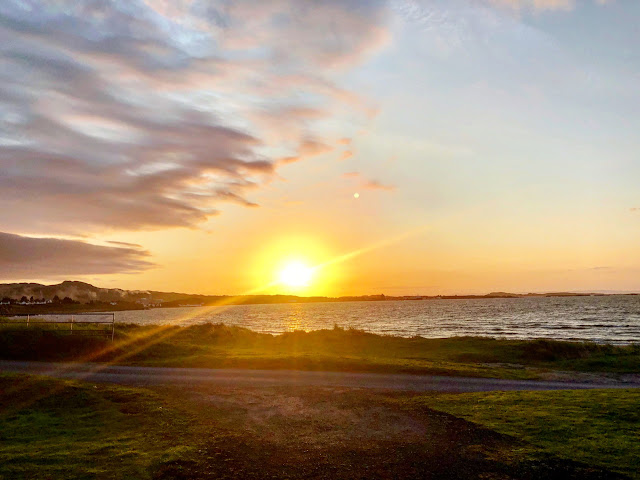 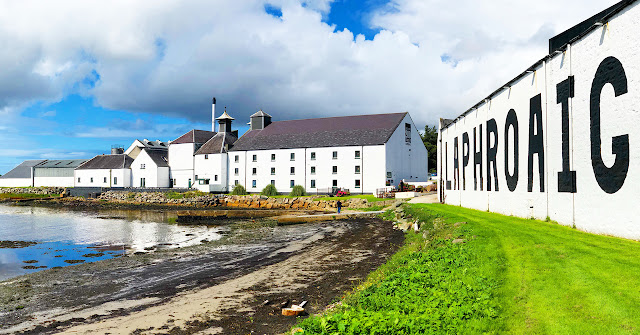 Thursday, August 30, 2018 A fairly quiet morning following yesterday’s cask-strength madness, which is to be expected. But around lunchtime, we decided to go up to Laphroaig . This journey was just to pick up some more of the cask strength 10 year old, but I did have a dram of it while I was there! Well, it’s important to check what you’re buying, after all. For me, this is one of the island’s best whiskies and although shipped around the world, in Scotland and the rest of the UK, it’s only available at the distillery. Utter madness. As a result, I have to stock up every time I’m on Islay – not only for myself, but for friends who also can’t get enough of this potent elixir. This year's Batch 10 release was bottled back in January and weighs in at 58%. I always like to add at least a few drops of water to a dram - just to see how things change. However, I love the cask strength 10 neat. It really smacks you in the chops and a little goes a very long way. I